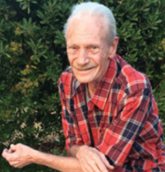 After High School, Michael went on to serve in the US Navy. He was a Radioman aboard the USS Hammer (DD-718) in 1969, on a WestPac Cruise to Vietnam.

Michael always had a love for technology and electronics. Most notably, he designed Printed Circuit Boards in the early 1980's.

Michael resided for the past 2 years at Spring Hill Manor in Grass Valley and, is remembered fondly as a kind and encouraging resident.

Michael is predeceased by his Mother, Mildred Rose. He is survived by his Father: Donald of Auburn. Brother: David (Kim) of Auburn and Tom of Redwood Valley. Son: Justin Rose, of Salina, KS, Daughter: Francheska (Chad) Bailey, of Salina, KS. Along with many Grandchildren, Nieces and Nephews.

A Military Burial with Honors, to held at the Sacramento Valley National Cemetery on December 21, 2022 @ 10:30 am.

Memorials may be sent directly to Spring Hill Manor, 355 Joerschke Drive, Grass Valley, CA. 95945. In consideration of the exceptional care Michael received from their dedicated staff during his stay.